The view of the savanna in Serengeti is one of the most famous images of Africa. Experiencing it for real was ten times better than could ever be imagined! One of the few places on earth where the wildlife is still flourishing.

We arrived to Arusha in North Tanzania both a bit nervous and exited. We had booked a four nights, five days safari to Ngorongoro and Serengeti national park. The prices had risen a lot since Linus last visited Tanzania so we had invested a lot in these five days and really hoped that it would turn out great... or actually more hoping for marvellous. But the rainy season was about to start and some websites had advised not to go during this period.

Joining us for the safari were Linus mother, Gerd, and her partner, Kenneth. The four of us packed ourselves into a 4x4 safari car together with a chief and our guide. We noticed straight away that we had been wise to do a lot of research on tour operators because our guide from Calabash Adventures was really, really good! He spotted animals sleeping in the trees, or walking on the other side of the plains, and he had so much knowledge to share about all the animals. Thanks Malisa!

On the first day, just travelling to the campsite in the middle of the park, we saw zebras, giraffes, cheetah, elephants, the head of lions, hyenas and many more animals. We also got our first view of the "endless plains" (what Serengeti means in Maasai language). The second day, after a three course breakfast, we started the game drive for real and soon spotted our first leopard lying in a tree. We were all amazed when a little later a big male lion showed up to cross the road just five meters in front of the car! Our guide told us we were really lucky, but that was just the beginning.

Some hours later just we found another lion lying in front of some high grass. We soon realised that there was a lot of lion cubs hiding in the same grass. Close by were also a herd of elephants. Suddenly they all put their trunks in the air and smelled the scent of lions. They then grouped together with the small elephants in the middle starting to walk towards the lions to chase them off. Us being in between the herd of lions and elephants got the first hand view of the entire lion family as they escaped the wall of angry elephants. In total we saw about 50 lions during our five days, as well as the rest of the "big five" or as we renamed it the big twelve: lion, rhino, buffalo, leopard, elephant, zebra, giraffe, wildebeest, hippo, cheetah, ostrich and vulture. 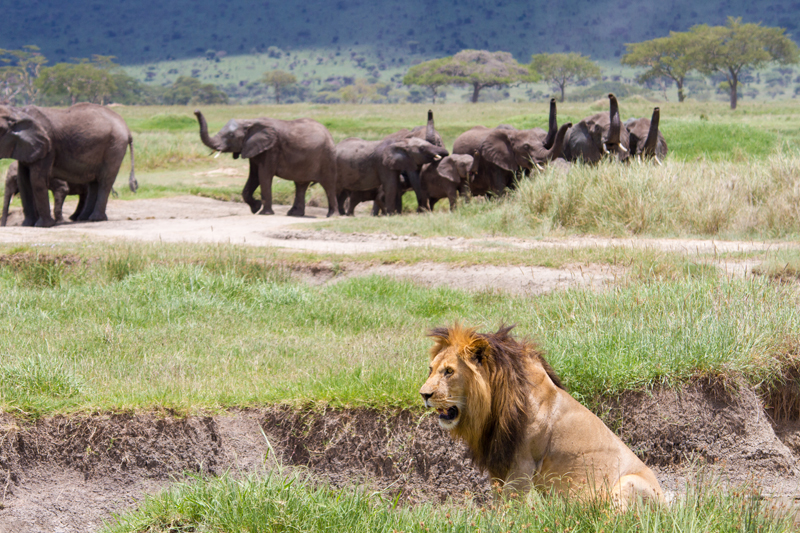 Serengeti is truly one of the most magical places on earth. It's one of few places where big wild mammals are still present, not hunted to extinction by humans. And there is so many of them! Being surrounded by a herd of zebras and wildebeest seeing a elephant heard in the distance, the hippos in their pond and the vultures flying by. It is great that this land is protected so the animals flourish. However the threat from new mines and highways wanting to exploit the land as well as the changing climate that makes the area dryer, is making the tour operators worried. Let's just hope this place will remain as untouched as possible.

After five intensive days in Serengeti the four of us did a fourteen(!) hour bus ride to Dar es-Salaam where we took the ferry to Zanzibar. Some relaxing days on this beautiful sandy island was well needed. And even though the island offered a range of activities like diving, kite surfing, dolphine tours, spice tours, monkey safaris, etc. we were happy just to hang around the closest beach or the pool during the day, eating a nice dinner at night and just enjoying each others company. After six days we left Gerd and Kenneth on Zanzibar and headed back for Dar es-Salaam to take the train to our next destination - Zambia! 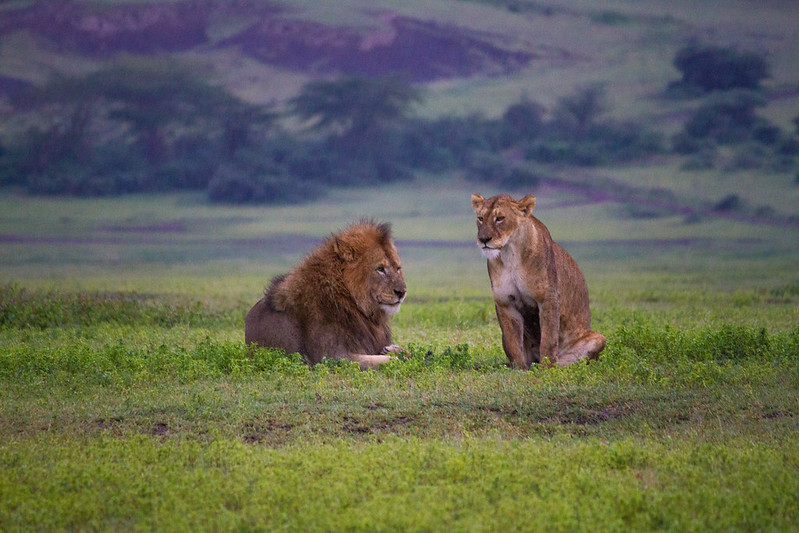