Arriving in Armenia from Georgia we experienced a pleasant difference in the attitude towards tourists. Maybe we had just been unlucky in our encounters in Georgia, but we enjoyed the less chaotic traffic and the kind hospitality of the Armenians.

Our travels started in the second largest city in Armenia, Gyumri, with about 120 000 inhabitants. We stayed with one of our friend, Siranush, who we know from Power Shift last year. It was so nice to stay with her family, and they did everything to make us comfortable. We had some delicious Armenian meals with them and tried the special bread "Lavash". Siranush also showed us around in the ancient town with a lot of history. A girl we met on our way to Gyumri also kindly offered to show us around the when Siranush was at work.

After this first pleasant experience we took the train down to Yerevan, the capital, to once again meet up with our bicycling German friends. Armenia is the first country in the world that applied Christianity as state religion. As they love their numerous churches and monasteries, leaving Armenia without visiting one is probably not possible and neither desirable. They have every type - magnificent, cosy, on top of mountains and carved out of rock. After strolling around Yerevan, we decided to visit one carved out of rock with our German friends. 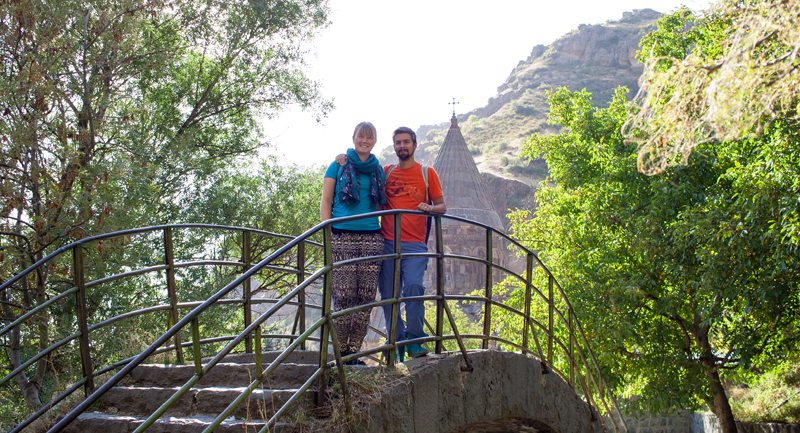 Having visited a lot of cities in the past week we were now eager to see some nature. Since there wasn't much public transport south of Yerevan towards the Iranian border we decided to hitchhike the way, seeing it as an adventure. The Armenians are incredible kind and helpful, and hitchhiking through southern Armenia is one of the best parts of the trips so far. If not the first car tops to pick you up itâ€™s because is fully loaded with goods. But we newer waited more than 10 minutes to get a ride.

In the end of the first day we got a ride with a young businessman in a fancy car. On the way he arranged a nice hotel with discount for us from a friend, and invited us for dinner. One of the most delicious weâ€™ve had so far. Well, the Armenian food is really good overall, but this was something special. The next day we continued south with people speaking little or no English. In the evening we reached one of our goals, the Tatev monastery, situated about 1500 meters above sea level. From this magical place we hiked one of the ancient part of the old black sea silk road trough some astonishing scenery. The breakfast view was awesome!

Closing in on civilisation again we continued hitchhiking, being invited for tea and coffee, with nice people, and eventually we accidentally jumped on a bus taking us all the way to Iran. 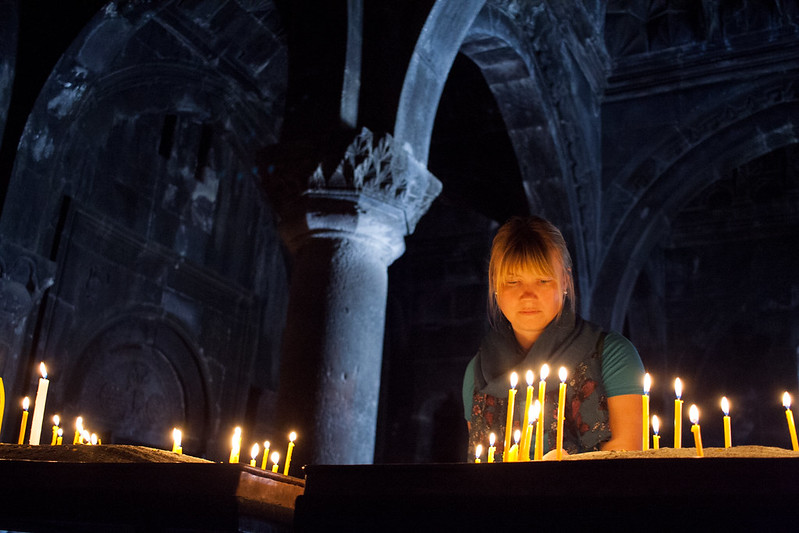